The Milan Cathedral or Duomo di Milano, dedicated to Santa Maria Nascente, is at the very center of the city and the Piazza del Duomo. It is the fifth largest cathedral in the world and the largest in the Italian state territory. The Gothic cathedral took nearly six centuries to complete and it was actually Napoleon Bonaparte who was responsible for it’s completion. As he was about to be crowned king of Italy in 1805 he gave assurances that the expenses to complete the facade would be paid by the French treasurer. The facade was completed even though the promise to reimburse the costs fell through. Napoleon was crowned King of Italy in the Duomo and a statue of him sits atop one of the spires. 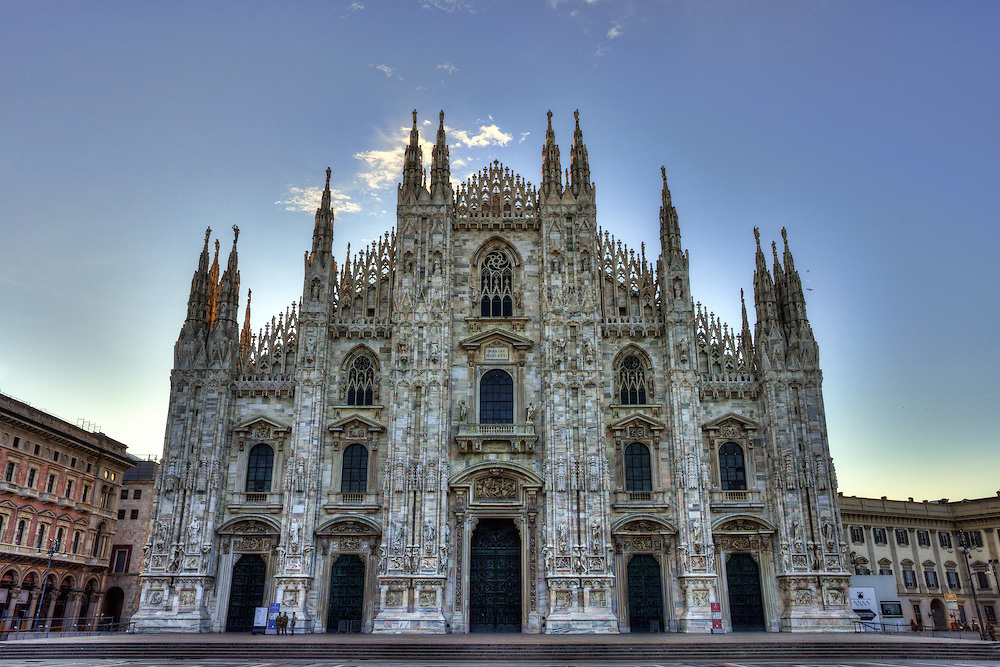